Named after one of the town's first pioneers 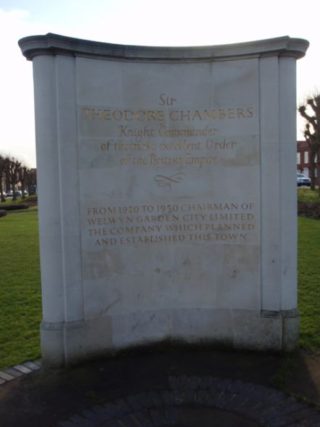 The short pedestrian link from the John Lewis car park to Stonehills running past the side of Debenhams is named after Sir Theodore Chambers, Chairman of the Welwyn Garden City Company, from the town’s founding in 1920 until it was taken over as a New Town in 1948.

A monument to his contribution to the town stands at the head of Parkway, facing the Campus.

For many years he lived in a large house in Guessens Road, that would become an early town library, and is now a nursery.