You are here: Home>Topics>Other topics>Films>Welwyn Garden City and Surrounding District 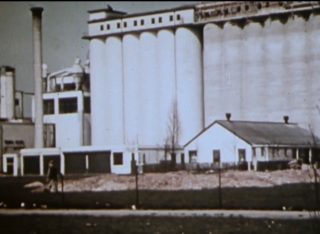 Picture of the Shredded Wheat silos from the film

With few cars on the roads and blossomed trees lining the streets, wide and open lawns and community areas of lush greenery, the townscape of Welwyn Garden City embodies the planning ideals envisioned by its founder Sir Ebenezer Howard; a perfect marriage of city and nature. Many of Welwyn’s iconic landmarks feature, including the newly built Welwyn Stores, ‘THE place to be seen’ for Garden residents and the architecturally impressive Shredded Wheat Factory.

The film in the East Anglian Film Archive can be seen by following the link: