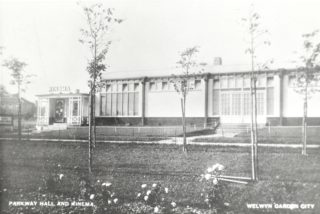 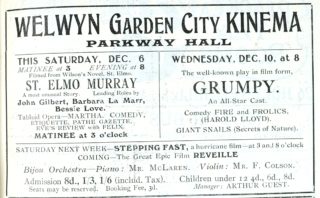 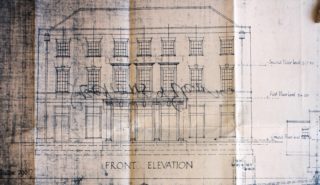 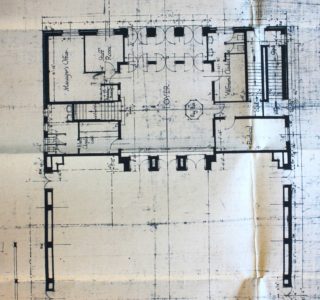 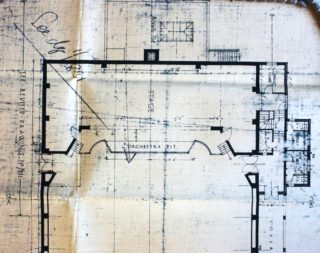 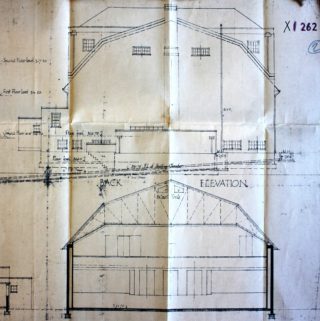 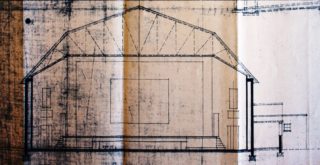 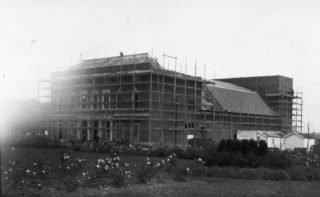 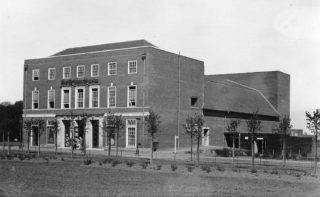 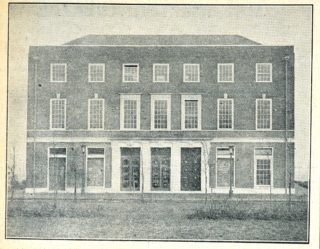 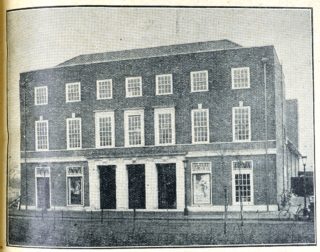 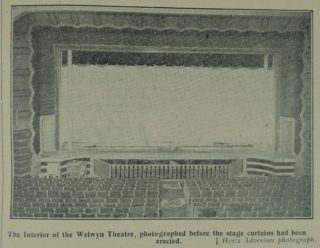 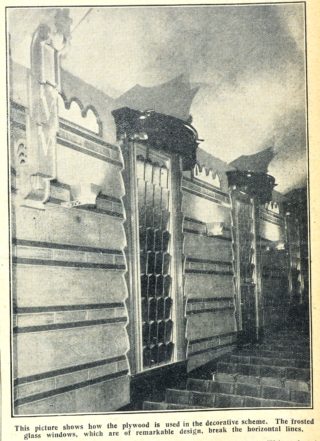 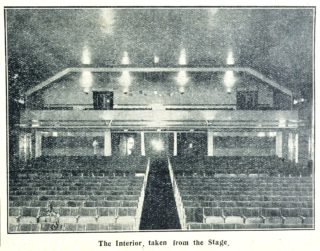 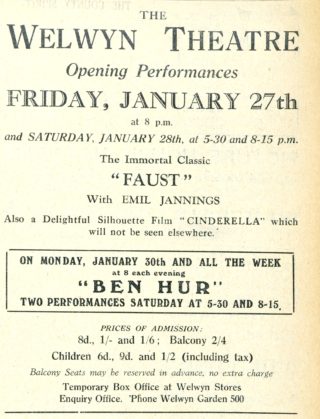 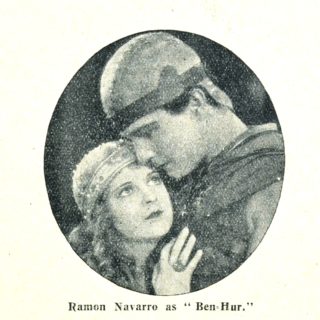 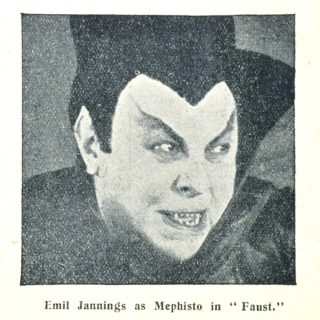 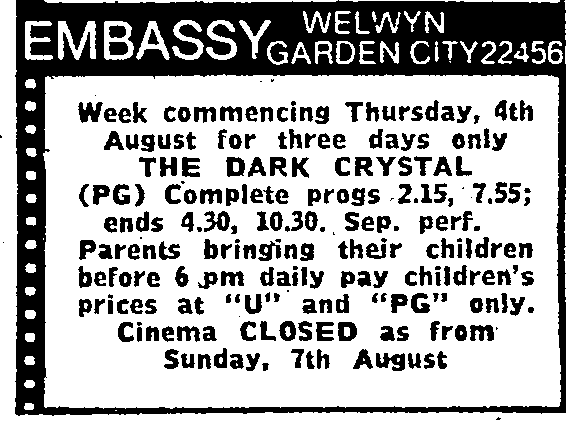 Last advertisement for the film showing at the cinema in August 1983
Welwyn Hatfield Times, 5 August 1983 page 37

It was not until 1924 that Welwyn Garden City had it’s first cinema, or should I say Kinema.

For two nights a week starting from 11 October 1924, the Parkway Hall would become a Kinema.

‘A fresh programme would be given each evening, and the intention was to show first-class films only, which would appeal to all residents of Welwyn Garden City’ reported the Welwyn Garden City News on 3 October 1924.

‘Mr Arthur Guest, who has had a long experience of Kinema exhibitions will be the manager, and he will do his best to make the entertainment attractive to everyone. The first programme will include as its chief feature “The Net” (Saturday 11 October, at 8 o’clock)’

At this point in time moving pictures were silent so an accompanying piano and or violin would have been heard to set the mood of the film.

The Parish Council Meeting Minutes Agenda was published in the Welwyn Garden City News on 3 October 1924 0n page 2 and at the bottom of the agenda under item 12, Any Other Business was the following:

‘Etches Omnibus will leave Hatfield station for the Garden City Kinema at the Parkway Hall on Wednesdays and Saturdays at 7.30pm, returning after the performance.’

They obviously thought it was going to be a big event.

The next mention of the Kinema in the local paper was on 24 October 1924, when the following appeared:

‘”Sally Bishop,” a filmed version of the well-known romance, will be the chief feature of the programme at the Garden City Kinema on Saturday next with Marie Doro and Henry Ainley taking the main parts. It comes backed with the reputation of the Stoll Cinematograph  Studios, and should prove a worth-while photo-play. In addition to this will be scenes of the visit of Jackie Coogan, the juvenile comedian, to England a few weeks ago, also pictures showing films in the making, for Jackie visited the Stoll studios and saw behind the scenes of cinematography. Next week the only Kinema night at Parkway Hall will be Saturday (Nov 1) when “The Royal Oak” will be shown.’

The film “The Roayl Oak was made in 1923 and proved popular and was re realesed in 1929. It was directed by Maurice Elvey and the cast members were:

The film is the story of a woman who disguises herself as Charles II in order to allow the real king to escape Oliver Cromwells troops. The title of the film is believed to be a reference to the ‘Royal Oak’ in which Charles II is said to have hidden in.

The first big advertisement for the Kinema appeared in the Welwyn Garden City News on 5 December 1924, page 5. As you can see there were two different showings that week. On Saturday 6 December there was a matinee and an evening performance of ‘St Elmo Murray’ and on Wednesday 10 December there was an evening showing of ‘Grumpy’, which was an ‘All star cast’ with ‘fire and frolics of Harold Lloyd’. The pianist was a Mr McLaren and the violin was played by a Mr F Colson.

The popularity of the Kinema must have put plans into action for a more permanent and larger Cinema, the following article appeared in the Welwyn Garden City News on 25 March 1927, page 5;

A remarkable building. To be completed by next Autumn.

We are now able to give some particulars of the proposed New Kinema Theatre and Playhouse for Welwyn Garden City, the plans for which were passed by the District Council last week. The building which will have a seating capacity of nearly 1,300, will be a very handsome and comfortable one, and will contain many novel and interesting features. Work on it is to be commenced almost at once, so that it can be ready by the autumn of this year.

The new Kinema will be situated on the opposite side of Parkway from the present Parkway Hall, and near the corner of Howardsgate and the Town Square. It will be 160 feet long by 70 feet wide, and the facade to Parkway will have three storys, the upper part being available for commercial offices.

The entrance from Parkway will consist of three double swing doors , leading to a vestibule, which in turn, will open into a large foyer 26 feet square. From this foyer will open the doors into the main hall, the cloakrooms, the staircase to the gallery and the various staff rooms.

The theatre will ultimately seat about 1,060 on the main floor, and 212 in the gallery, all seats being comfortable and giving a good view of the screen. The floor will be sloped from front to back in a series of angles carefully calculated for this purpose.

The screen will be of the “flying” type. That is to say, it can be raised out of sight to enable the stage to be used for plays or concerts. The proscenium opening of the stage will be 39 feet wide by 22 feet high, and the stage, including the apron or front stage, will be 24 feet deep. there will be two sets of curtains, one set in fromt of the Kinema screen and one behind for use with the stage. Greenrooms have been designed on the stage level and on the first floor level, the latter being accessible from the stage by spiral staircases.

The stage has been so planned that a modern equipment for lighting and scenery can be installed.

Partially under the apron stage will be the orchestra pit, lined with wood to throw out the sound, and accessible from under the stage.

The lighting of the theatre will be entirely on the “invisible” or indirect system, reflected from the walls and ceiling. The whole building will be heated from a heating chamber and hot-air conditioning plant in the basement under the stage, the theatre itself being heated by warmed air, the foyer by hot-water pipes under the floor, and the rest of the building by pipes and radiators.

A vacuum cleaning plant will also be installed under the stage, connecting with points in the theatre floor, to which suction tubes can be attached for picking up dust, matches, orange peel etc.

The exterior of the building will be of modern Georgian design in keeping with the general scheme of the town centre. It will be of red brick with stone pilasters and dressings. Spaces for poster display will be incorporated in the design.

The interior decorations will strike a modern note suitable to the purpose of the building. The interest will be concentrated at the stage end, the sides being treated with large mirrored features in subdued tones, with bright colours round the frames, and the ceiling in a bright light colour to refelect illumination.

Ways in and out

On each side of the main floor there will be three exit doors those on the north side leading to a covered way, which will also serve as the entrance for the popular seats.

The building will be a costly one, and in size and character a good way in advance  of present requirements. But the next few years will be years of very rapid growth for Welwyn Garden City, and it is believed that it will not be long before the enterprise of the promoters is justified.

As you can see from the pictures, it must have been a very splended looking Kinema, inside and out.

On 20 January 1928 the following announcement was made in the Welwyn Garden City News page 5:

The Welwyn Garden City Company and British Instructional Films had signed a contract to errect immediately a film studio at Welwyn Gardn City. The studio will be built by joint arrangement between the Garden City and the film companyand it would be ready for use by July of that year with the first film to be shot being “Conquest”, a story specially written by Mr John Buchan, MP, for British Films.

The Welwyn Theatre played an important part in the choice of town for the film studio, by reason of its value as a means of “trying out” new films on a representative public.

A statement by British Instructioal Films gives the reasons why Welwyn was chosen.

‘The site adjoined the L N E R main railway stationand it was surrounded by an area of twenty acres available at once for development, with a further large area for future requirements. It is also a few yards from the Great North Road, giving quick communication with London by both road and rail.

Welwyn is a planned city with public amenities designed to provide for a population eventually of 50,000 people, the present number of inhabitants is 6,500. It is provided with the amenities of water, electricity, etc, so necessary for film production on a large scale.

Up-to-date workshops, including iron foundaries, joinery and metal works, and simular factories are at hand with skilled and specialised labour in ample quantities.’

‘The first thing that strikes you is its size, it has a seating capacity of 1,200 which is enormous for a town of only 6,500, but like most towns of the time rapid growth was expected.

Primarily the building was designed for Kinema pictures, but it had a stage on which any kind of play could be performed.

It had a grid sectional floor; curtains; up-to-date stage lighting, which would enable effects in any colour or combination of colours, “disappearing floodlights”, by revolving a wheel the floodlights close down, leaving no indication on the stage that they exist; devices for handling scenery; the stage can be extended over the orchestra pit.

The new Welwyn Theatre opened on Friday January 27 1928 at 8 o’clock and the opening performance was continued on Saturday 28 at 5.30 and 8.15pm. The first film shown was “Faust” with Emil Jannings in the principal role.

The following week saw the film “Ben Hur” showing on each evening Monday to Friday at 8pm with two performances on Saturday at 5.30 and 8.15pm.

The opening of the Welwyn Theatre was one of the most historic at the time. The opening was preceded by a reception at the Theatre and a dinner at The Cherry Tree, at which Sir Theodore Chambers, Chairman of Welwyn Garden City Ltd. presided, he said “It is something that is emblematic of all that Welwyn GardenCity stands for -progress, initiative, courage and conviction”.

The Welwyn Theatre was renamed the Embassy during its lifetime and on 7 August 1983 after 55 years of showing Hollywood greats it showed its final film and the cutains closed on an era.

The final film shown was The Dark Crystal, made in 1982 it was an American-British fantacy film directed by Jim Henson (of The Muppets fame) and Frank Oz. It was marketed as a family film but was quite dark and given a PG rating. The characters in the film are elaborate puppets.

The Dark Crystal was billed as the first live-action film without any human beings on screen, and “a showcase for cutting-edge animatronics”.The hands and facial features of the groundbreaking animatronic puppets in the film were controlled with relatively primitive rods and cables, although radio control later took over many of the subtler movements.Human performers inside the puppets supplied basic movement for the larger creatures, which in some cases was dangerous or exhausting; for example, the Garthim costumes were so heavy that the performers had to be hung up on a rack every few minutes to rest while still inside the costumes.

During its international release in 1983, The Dark Crystal was the highest-grossing box office release for the year in both France and Japan.

The Embassy Cinema was to be turned into a £2 million pound office complex. It is now run by the NHS.