The Construction of the Silos 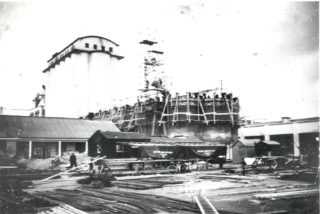 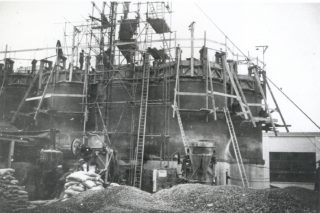 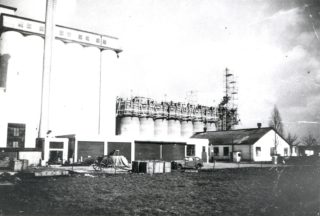 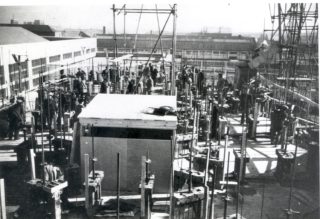 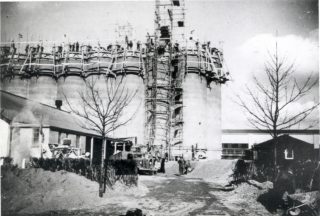 Workers up high and on the ground
Welwyn Garden City Library 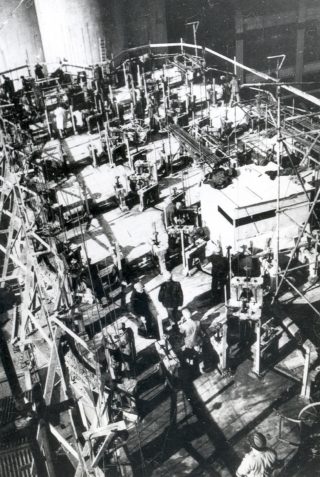 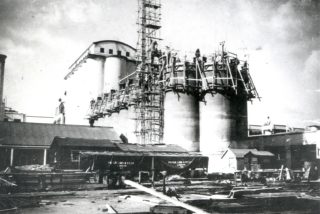 Here are wonderful photographs of the Shredded Wheat Silo No 2 under construction.

The photographs were donated to the library by the daughter of a worker on the site, whose father, as a carpenter moved from Welwyn Studios building the sets of films, to the Shredded Wheat site when the second silos were being constructed. As a carpenter his skills were extremely useful in forming the wooden scaffolding and moulds that were used in construction and can be seen in the photographs.

The silos are an early example of slip form concrete. A shuttering frame was used as a continuous mould which was raised vertically after each pour of concrete was made and hardened. When the required height was reached the frame was removed.

Inside the Silos the core was like a honeycombe that was used to contain the wheat. This honeycombe was also made of concrete and was formed as part of the moulding process. As the mould was positioned and before the concrete was poured, steel reinforcement bars were inserted.

In the first and last photographs, the name Peter Lind & Co can be seen on the wagons in  front of the buildings. This construction firm still exists today and is also responsible for the construction of the Waterloo Bridge in London in 1945, and the BT Tower in 1962.