You are here: Home>Topics>Wartime>WWII>Panshanger Aerodrome 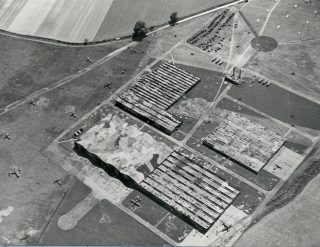 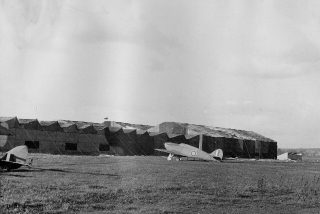 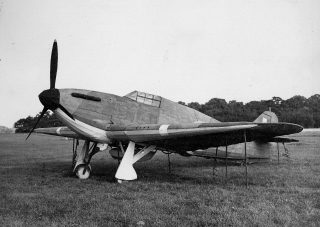 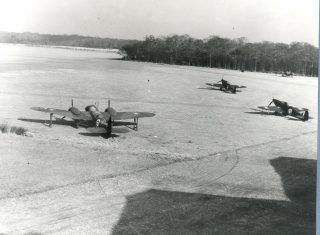 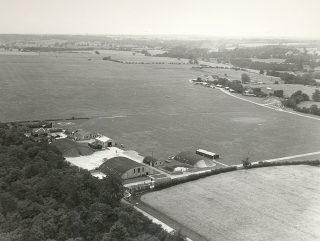 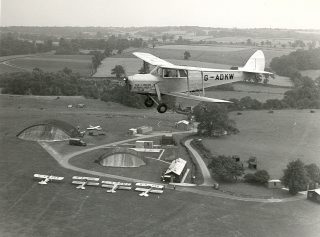 Some 248 acres of agricultural land which was part of the Panshanger estate was released to the Air Ministry under the terms of the Emergency Powers Act (1939). The Air Ministry gave de Havilland at Hatfield the authority and responsibility to construct a decoy aircraft factory to divert enemy bombers from their facility in Hatfield some 6 miles away. The decoy factory was constructed and then in use from November 1940, the fields around being used as a Reserve Landing Ground (known as Holwell Hyde) for flying training. The decoy factory was constructed on what is now Moneyhole Lane Park.

Further expansion with additional Tiger Moths and buildings in the south east corner.

Training continued to be supervised by de Havillands via the London Aeroplane Club (civilian flying) on the north side and in the south by 1 Reserve Flying School (1RFS) flying at weekends in Tiger Moths and Avro Ansons. A gliding school occupied part of the site until the early 1950s run by the Air Training Corps.

The Reserve School closed and civilian flying took over the facility following sale of the land into private hands. Periods of activity and lulls into disuse followed but the aerodrome remained a training facility. WGC Corporation purchased large areas of the land on which the aerodrome stood. The aerodrome itself remained in the hands of de Havilland but later that year was sold to Mr John Nathaniel (Nat) Somers who acquired the rights to London Aeroplane Club.

The large hanger (T2) was constructed at a time when the London Aeroplane Club was looking to expand usage of the aerodrome for business flying and hence larger aircraft. There was some interest from local industry at the time.

The WGC Corporation had purchased more of the land which resulted in new approach and take-off procedures. The first phase of Panshanger housing began.

London Aeroplane Club applied to the CAA for the aerodrome to be developed into a general aviation base for advanced flying training, engineering and aircraft sales.

British Aerospace expressed concerns over safety test flying at Hatfield due to prospective increased Panshanger traffic. Changes to operations and runway alignments took place as a result of the British Aerospace concerns.

Panshanger School of Flying formed. Throughout the 1980s, deterioration of the buildings and facilities occurred plus rents increased.

The School of Flying moved to Leavesden and the aerodrome closed. Gypsies moved in and the empty buildings were further damaged.

With the closure of British Aerospace at Hatfield, the way was left open for Panshanger to become a licensed aerodrome again. The Aerodrome re-opened with a new licence to continue as a centre for pilot training. The East Herts Flying School was formed which was to become todays North London Flying School.

Material derived from the book:  PANSHANGER AERODROME by Michael Packham.

All photographs with the permission of BAE SYSTEMS.