You are here: Home>Topics>Wartime>WWII>Wartime evacuees

Born under a Morrison table in the blitz 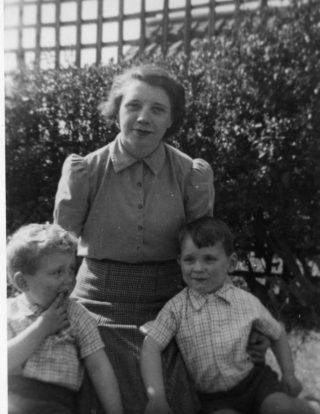 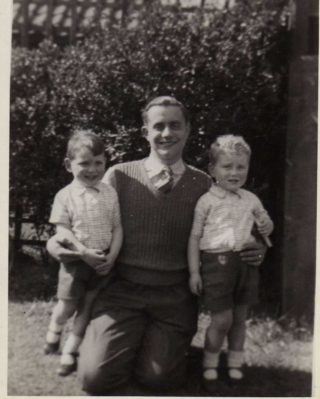 The two photos are of my twin brother Derek – the fair-haired one – and myself with Mr & Mrs Wentworth in WGC in May 1944.

We were born in February 1941 in Wembley, under a Morrison table shelter during the blitz.  When the ‘doodlebugs’ started falling in 1944 we were evacuated, together with our mother Eunice.  Our father Will was an Inspector in the Metropolitan Police so stayed behind, but visited us whenever he could.

I don’t know anthing about the Wentworths apart from their name.  But I assume it was an official billeting, and I wonder if any records still exist, or if any older residents recognize them.