You are here: Home>History of Welwyn Garden City>Where Do You Think You Live?>Childhood memories of the 1930's

Childhood memories of the 1930's

Go-karting and a film set in Sherrards Park Woods

Go-karting and discovering a film set in Sherrards Park Woods 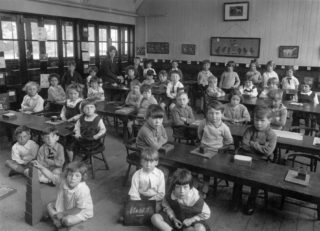 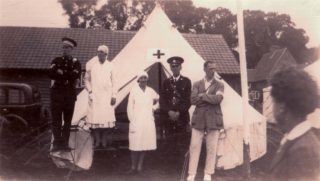 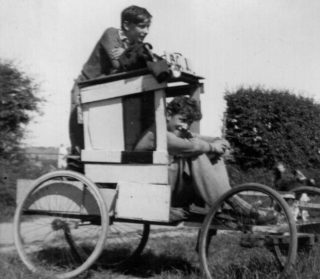 Clifford & his friend Owen on their homemade go-cart beside Handside playing fields.

Clifford’s memories of life in WGC were recorded by the Welwyn Garden Heritage Trust in May 2011 as part of the Where Do You Think You Live? project.

Clifford’s parents came to the town in 1928 initially living in Melbourne Court but moving quite soon after to Handside Lane. You can hear his recollection of this move and life at Handside School on the first audio clip.

His mother worked as a VAD (Voluntary Aid Detachment) nurse “at the little cottage hospital in Elm Gardens – that was the only hospital the town had in those days – and she would disappear for several days on end. She was inundated with work of course. I think she must have come home to sleep but she just disappeared. She was in the St John’s Ambulance and I have photographs of her in a tent at the sports days on the fields which is now Handside playing fields. It was then the Murphy Radio football ground. Murphy Radio was a big employer in the town in those days and they used to have sports days and a great big fair there.”

The second audio clip recalls memories of playing with his best friend, the film studios and Sherrards Park Woods.